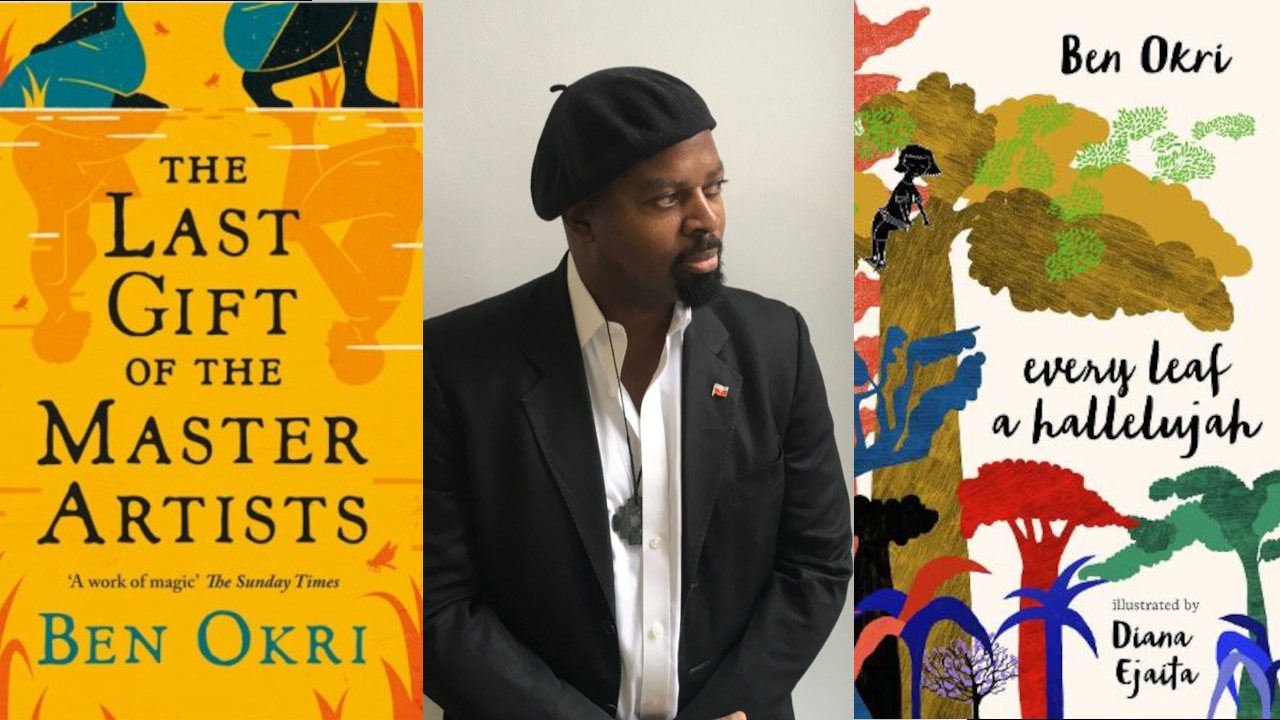 In a truly unmissable moment in YFOS history, Settle Stories are beyond thrilled to welcome their Festival Guest Director Ben Okri OBE to Skipton Town Hall for a spellbinding evening of storytelling to celebrate his life and career.

Join the Booker Prize-winning author in conversation with Sita Brand as he examines the climate emergency through the lens of a fairy tale in his new illustrated eco-fable for children and adults of all ages, Every Leaf a Hallelujah. And prepare to be captivated as Okri transports us to Africa just before the arrival of the Atlantic slave trade with his epic novel The Last Gift of the Master Artists, which was first published as Starbook in 2007.

After spending many years rewriting Starbook in order to bring to it a greater simplicity, and to make the political and historical implications of the story clearer, Okri has crafted a dazzling and unforgettable novel – now more relevant to our world than ever before.

This once-in-a-lifetime event is presented in conjunction with Settle Stories as part of our Skipton Town Hall 160th anniversary celebrations. Book your tickets right away – places are limited and will be in high demand!

Books will be on sale during the event, followed by a signing session with Ben Okri. If you would like to buy books in advance, please visit Yorkshire Festival of Story’s Bookshop.org site here.

Ben Okri OBE is a poet, novelist, and playwright. His novel The Famished Road won the Booker Prize in 1991. His works have been translated into 26 languages. He has been a Fellow Commoner in Creative Arts at Trinity College, Cambridge and is a Fellow of the Royal Society of Literature.

Ben’s books have won numerous international prizes. The recipient of many honorary doctorates, he is a vice-president of the English Centre of International PEN and was presented the Crystal Award by the World Economic Forum for his outstanding contribution to the Arts and cross-cultural understanding. He also wrote the film script for the film N: The Madness of Reason. He is an honorary fellow of Mansfield College, Oxford. He was born in Nigeria and lives in London.

His latest novel, The Last Gift of the Master Artists, is a reworking of his 2008 novel Starbook, rewritten to drive home its message on slavery. His latest book for adults and children, Every Leaf a Hallelujah, is an environmental fairy tale made for our times.

Guide for parents/carers – Themes of slavery and climate emergency. Recommended for 12+