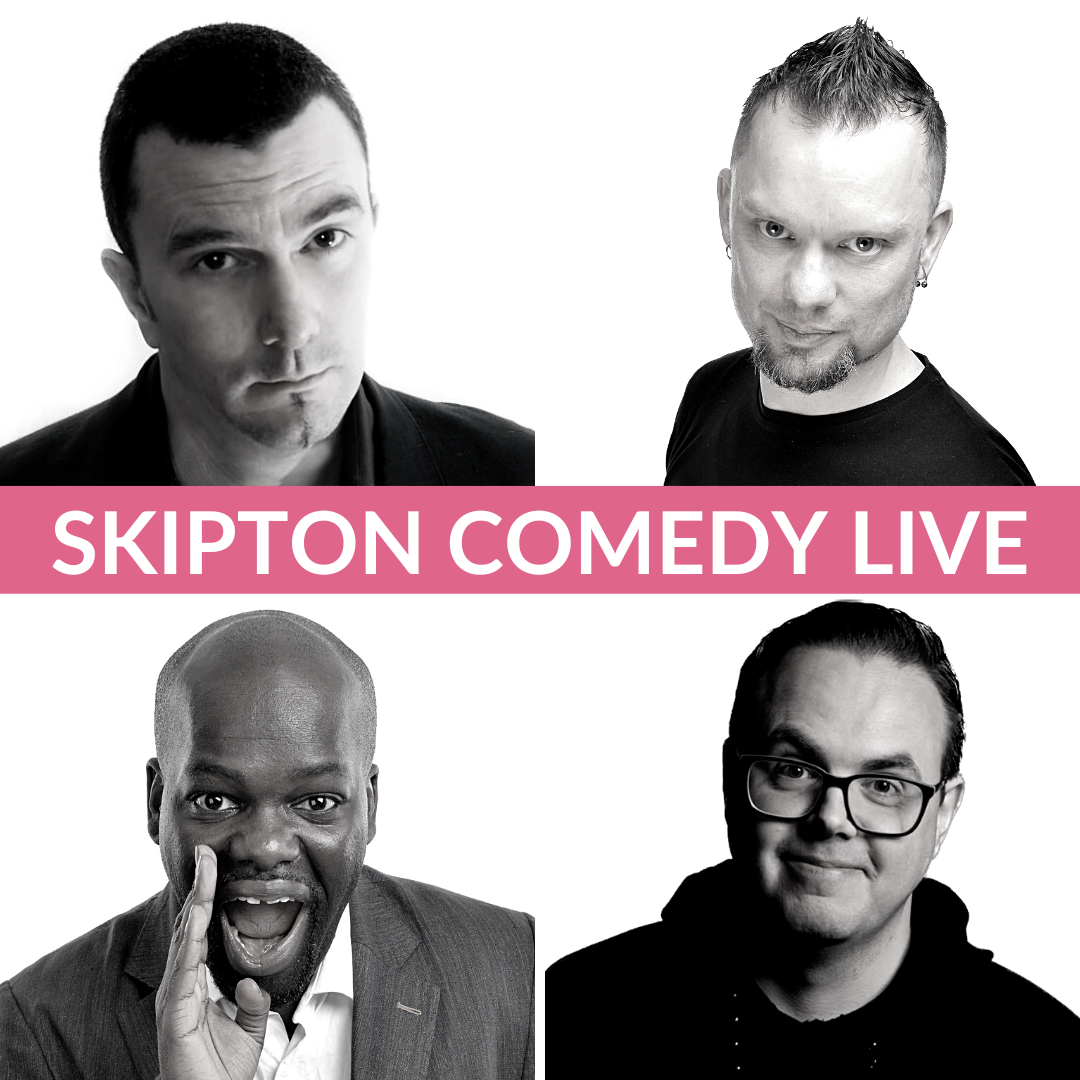 COMPETITION TIME! Book Tickets for the October installment of Skipton Comedy Live and be entered into a competition to win £30 worth of drinks vouchers to spend at our bar.*

Join us as Plane Comedy present some of the best stand-up the UK has to offer. Laughter truly is the best medicine, so why not add our monthly comedy night to your self-care routine!

The Hub theatre bar will be open from 7pm and throughout the evening, serving a selection of locally sourced refreshments.

Colin Manford is a North West based comedian who also happens to be Jason’s little brother! An accomplished writer, actor and presenter who just loves to tell stories from his own unique perspective, all areas covered from his failed relationships to his weird and wonderful family life and more.

Daliso Chaponda is a UK based, Malawian stand-up comedian best known for his appearance on Britain’s Got Talent, where he reached the semi-finals and achieved third place. He has performed around the world and at the Edinburgh, Melbourne, Singapore, and Cape Town comedy festivals. He has also toured the UK twice to sell out audiences and rave reviews. He has over 300 million views of his stand up online and is also the writer, creator, and host of his Rose d’Or nominated BBC Radio 4 show Citizen of Nowhere that has aired for two series. He combines his African roots with his experiences of living in Britain to create hilarious routines that won’t disappoint!

First landing on TV screens in New Zealand’s original stand-up series ‘Pulp Comedy’, globe trotting Kiwi Comedian Sully O’Sullivan’s been declared a highlight of the Glasgow International Comedy Festival by The Scotsman, won the International Improvaganza Tournament in Canada, featured on Australian TV’s ‘The Comedy Channel’ and in 2021 sold out every single night of his 22 date Edinburgh Fringe run. Renowned as an act capable of performing in any room and to any audience, Sully has also built up a reputation as one of the most reliable and quick witted comperes on the circuit. Sully offers a crucial mix of cynicism, intelligence and menace with some killer punchlines thrown in!

Dave has been a full-time comedian since 1998, and while he hasn’t become famous, nor has he starved to death, so he must be OK at this. He is booked for both compering and sets by a wide range of bookers and venues including the Comedy Store, Frog and Bucket, Manford’s Comedy Clubs, Laughterhouse. Fans of comedy history will also recall the name of Jongleurs, for whom Dave regularly worked in the good old days. He has performed overseas in Singapore, Hong Kong, Shanghai, Dubai, Abu Dhabi, Doha and Australia, including a week headlining the Sydney Comedy Store. He has also performed in Cyprus for soldiers returning from Afghanistan.

*Those who have already booked tickets have automatically been entered into this competition. Drinks vouchers only redeemable on the night.

This event is suitable for 18 years+