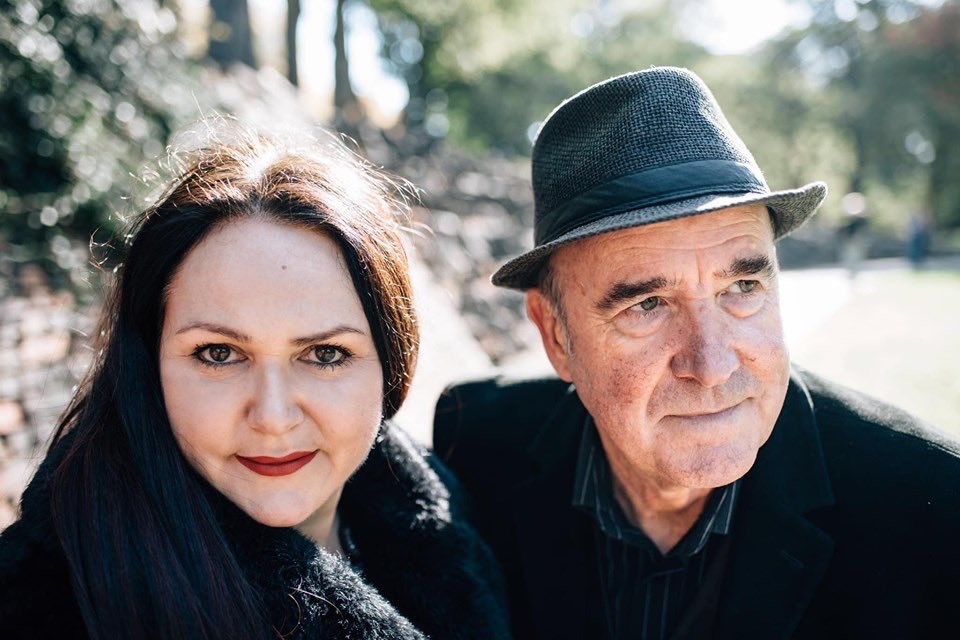 ‘Skinner & T’witch are unique: there is nobody to compare them with. A pair of comic geniuses’. The Living Tradition

Skinner & T’witch have released five albums; performed widely around the UK; and recently toured in both Australia and the US.

‘Some things just work. Skinner & T’witch are one of those things. An absolute must see.’ Lakefest

Steve Skinner has a background in musical theatre, having managed a theatre company and toured the country with musical reviews such as The Cuts Show and the Third World Road Show. Steve is an experienced songwriter, including comedy and satire.

Sandra Twitchett (T’witch) has a classical training, and has a passion for Choral music and singing, having herself sung with various choirs, including the Huddersfield Choral Society and the Munich Philharmonic Chorus. T’witch is a folk-rock chick at heart. She has an excellent ear for sound production and harmony singing, which contributes to the distinctive Skinner & T’witch sound.

‘Book them if you can, and don’t miss them if they are playing anywhere near you.’ Ulverston Live Music