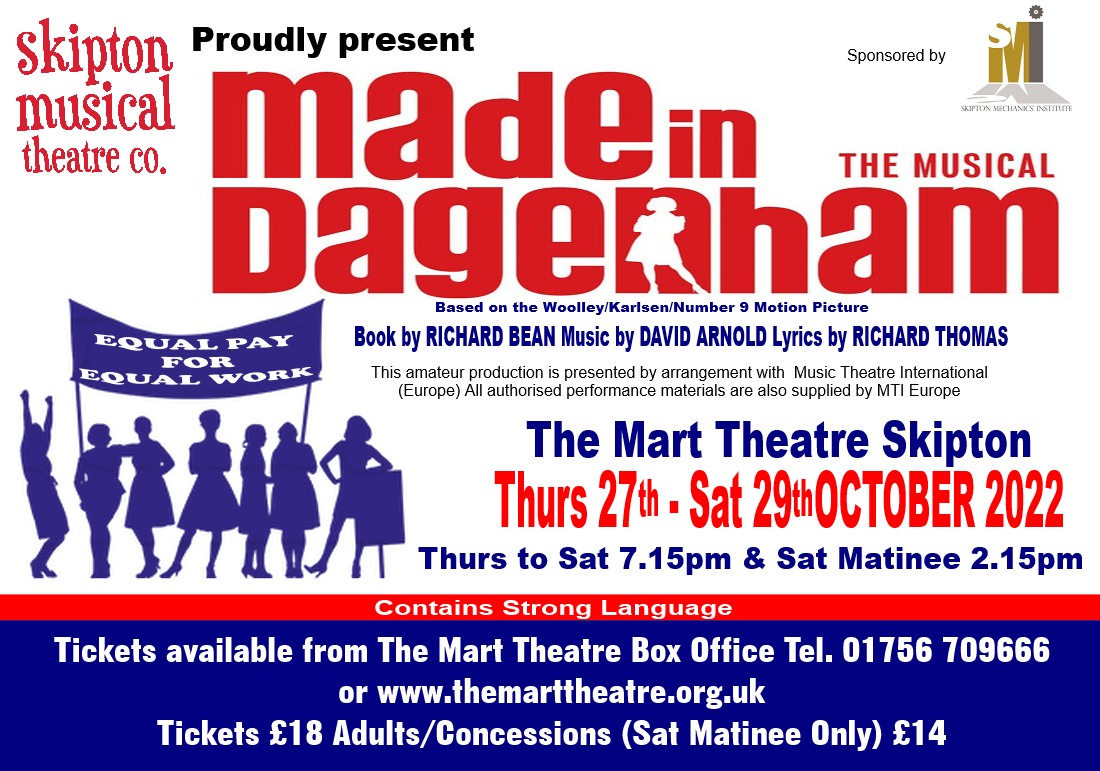 Inspired by a true story and based on the hit movie, Made in Dagenham is the uplifting British musical comedy about friendship, love and the importance of fighting for what is right.

Essex 1968. Like millions of other working women, each morning Rita O’Grady is just trying to get her husband out of bed, get the kids off to school and get to work at the factory on time. But life is about to change forever when it’s announced that the girls in the stitching room of Ford’s Dagenham car plant will have their pay grade dropped to ‘unskilled’. Quickly drawing on a strength she never knew she had, Rita leads her friends in a battle against the might of Ford and the corruption of the Union supposed to protect them. As the girls’ inspiring journey gets bigger than anyone could have imagined, the pressure is too much for some, but can Rita keep up the fight and the happy home she’s worked so hard for?

Funny, touching and timeless with some amazing songs, Made in Dagenham shows how ordinary people can do extraordinary things when they stand together.

Concession Tickets £14 (Over 60 and Under 16) are available for the Saturday matinee only.

Saturday Only Matinee at 2.15pm

Snake in the Grass by Alan Ayckbourn (Drama)